Let’s talk about one of our favorite rules. That is the importance of not only shopping around, which is rule number one, but also shopping around for critiques, reviews, complaints on any companies that we’re looking at.

The way we do this is we google the name of the company or yahoo it. Is that even a verb? Googling has become a verb. 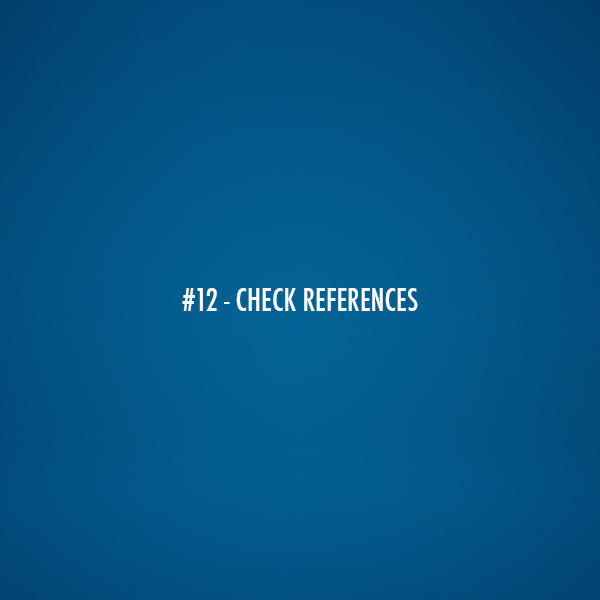 Don’t Just Search by Their Name

When you just google a company’s name, you tend to get the good stuff. Their stuff.

They kind of control what shows up then. But, when you throw in complaints, or reviews, or scam, you tend to get a whole different set of stuff. This is stuff we need to check out.

Use the Better Business Bureau

It’s such a powerful resource to check out businesses. Because, they take the complaints, they get involved, they help get those resolved. It’s a great process. That’s why I got involved on their board of directors because it’s something I really believe in.

In the early days of RP Funding, it was great for my business because when no one had heard of us yet, when we didn’t have a brand yet, we used the BBB credibility to overcome a lot of people’s skepticism.

Two, even if they’re not a member, there’s a lot of complaints and things you can see. There’s been a couple companies locally where based on these complaints, consumers missed and were able to avoid scams, things like some of the scam timeshare resales going on out there.

Some of this scam foreclosure defense stuff that was going on out there. So I think that’s a good thing to google as well.

I bend over backwards. We do so much with customer satisfaction reviews. We ask for a rating at initial phone call. We ask for a rating a closing. We base bonuses on those. We track it, and we slice and dice the data. And I look for patterns. And we still can’t make everybody happy. It’s just not possible.

If a company doesn’t have anything negative out there anywhere, then be nervous if that company really does any business or really even is legit and exists.

Because everybody– I believe everybody should have some customer who wasn’t just 100% happy. If you look at a company and there’s 1,000 reviews and they’re all five-star– not possible. It’s not possible.

There are companies out there who will manufacture these reviews. This is another big thing. So they call it reputation management. That’s their fancy word for we’re going to make up a bunch of fake reviews to make your company look better. So you gotta watch out for that, too.

And you can tell. What we’re really looking for here when we’re checking references is the slew of just ridiculous negative. I mean just customer after customer who is complaining and upset and not getting resolution. An F with the BBB because they’ve gotten so many complaints that they never answered. These are the types of situations we’re looking for when we’re checking the references on businesses.

Because if we’re shopping around but we’re dealing with a scammy company, then that’s not going to do us any good. If we’re waiting the three days, but at the end of the three days we’re going to go back and do business with a scammy company, that’s not going to do us any good. So our rule of checking the references is very important for my financial ninjas out there to make sure that we are not getting taken advantage of and that we are going to get the goods and services in the deal that we think there are.

You’d be amazed that this really applies heavily to financial services. Right now, if some guy named Bernie Madoff approached you about investing with them and you Google his name and scam, you’re going to get a whole handful of articles that you read to know better. There could be some people out there who didn’t hear about that. And obviously, he’s in jail, but you get my point.

You understand where I’m going with this. And two, there’s people who maybe had issues in the past. We had this recently. We were checking a company out and found a bunch of stuff from four or five years ago. And this guy had just come off of a five-year ban from his industry. And again, it’s always good to do this research and check the references on companies.

Well, I really like the BBB approach. Because you know, as well as people filling their site with something good about themselves, there are people who will threaten you and say, hey, I’m going to come after you, Robert Palmer. And I’m just going to fill up all these complaints. But the Better Business Bureau having to vet these and investigate them knows where the truth is.

Yeah. I’ve been approached over the years by a lot of companies trying to sell review sites or review places. And that is the big concern. And I’m personally obviously very comfortable with the Better Business Bureau. It’s why I agreed to be on their board of directors.

Because over six or seven years, we’ve had a lot of haters, usually competitors who would file false complaints about us. And the BBB does a great job of saying, OK, did this person ever do business with you? Or we can’t even verify this person exists. And so that’s nice. Where with a Yelp review or the Google Reviews, you don’t have that.

There’s been a lot of stories in the news about this happening, where a competitor will go file a bunch of negative reviews against another car dealership or against a competing company, whatever it is. It’s amazing how they’re always people who are going to try to take advantage of system. And that’s why we have got to be on our toes. And we’ve got to be sharper consumers.

You’ve got to understand, is the source you’re looking at something you can trust? We’re talking about checking reviews. Well, if the site that you’re getting your reviews from isn’t credible, right, then that doesn’t do you any good.

That can go in both directions. Either the company is manufacturing their own– because you’ll see this, too. There’s some review sites out there that are completely made up just for that company so they can control the content.

Then, on the flip side, you’ve got review sites who you’ve got a bunch of fake reviews that are negative from the competitor. The Better Business Bureau does a great job of weighing those out. And again, as a consumer, it’s using all this information and putting it together and trying to get the best picture possible of a company.

The more knowledge we have, the better off we are. And I think this is an important part of shopping around, of making sure we’re getting the right credit cards, the right student loans, the right car loans, the right mortgages, the right everything financial. If you’re going to sign up for credit monitoring, check out MyFICO versus CreditKarma versus FreeCreditScore.com or whoever the guys are that play the guitar on the commercials and see what other people’s experiences have been.

And if you put in these words– reviews, Better Business Bureau, scam– all of that’s going to give you a much better picture and some insight into those companies.