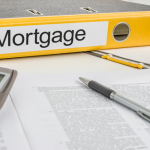 The documentation process and documentation stage of getting a mortgage is the most important. Because that’s really the key of what your mortgage is based on. The credit report we pull up front, it’s easy for us to analyze that make a good decision there. The documentation phase is the toughest for us and the toughest for the client because everyone’s situation is so different. Every credit report that we get looks the exact same. And guess what, every tax return we get do not.

What Documents Will be Needed For Your Home Loan

Maybe two of five and four of five are the back of the bank statement. They say this page is blank. Or it says, there’s nothing on it. And so customers won’t give that to us. They’ll say, well why you need that page it’s blank. Well I don’t know that it’s blank. I haven’t seen it yet. You know it’s blank. I don’t. And so for all we know page two could have a loan on there that you didn’t tell us about or didn’t want us to know about.

Where page two could have a brand new debt you just took out and that’s where your down payment money’s coming from. We have to know these things. So it’s very important that we have every single page of the bank statement, because we have to know that everything was there and accurate and that we have all the information we need. If you do a bank printout online, a lot of times your name is not on it. Your bank name may not even be on it. Your account number is not on it. How do I know that’s your bank statement? And again, we have to underwrite our loans, we’re required by government regulations to gather documents to the lowest common denominator.

So when we start the pre-qualification process, you give me a pay stub today. Well then we get down to the closing table, four months later, I need an updated pay stub from you. Well I already gave you my pay stub. Well something may have changed. Your hours may have gotten cut. You may have gotten a raise. These things happen. So we have to keep updated documentation. Maybe you applied for your loan in December 2014 and now we’re closing on your loan in March 2015. Well guess what, you have since received your 2014 W-2.

I couldn’t ask you for it December of ’14, it didn’t exist yet. But now because time has gone on we’re later in the process when you’re ready to actually buy a house. Now you’re 2015 W-2 is available. Now I need it. So this all plays in the documentation process. And this is why it’s so difficult, because there is no standard set. Timing makes a difference. The information makes a difference. Let’s say during the process you find out that you have a child out there you didn’t know about. Now you have to start paying child support.

When you applied for the loan you didn’t know about it. It wasn’t on your pay stubs. Now you give me an updated pay stub. It shows a child support deduction. Now I’m going to ask you for more documentation. I’m now going to need documentation on how much child support you pay, and who you pay it to, and for how long you’ll have to pay it. All these things can be triggered by another piece of documentation we get.

It’s important to understand we’re not losing your documentation. We’re not just trying to frustrate you by asking for more and more and more documentation. Something we’ve gotten has triggered the need for something new. Or, something we’ve gotten does not meet the standards we need, in that your name is missing, the bank name is missing. Maybe your employer’s name is missing. Maybe it’s not legible. And then the other situation we run into is you give us your tax returns and then we try to verify that those tax returns are accurate with the IRS.

Huge problem we had in 2006, ’07, ’04, and ’05, is that people were doctoring up tax returns. It’s very easy to do. You go down and buy yourself a copy of TurboTax, and you can give me a tax return that says anything you want it to. It’s just a piece of software. You can go into TurboTax and put that you are Dr. Rob Newton and you made $22 million last year. And you can hand me a well-printed 1040 that looks like it’s legitimate. So we have to verify the authenticity of the tax returns with the IRS.

Well if you just filed, it may not be in the IRS system yet. So you give me a tax return. I think everything’s OK. Then the IRS comes back and says, no record found. We don’t have that tax return. Now I’m not going to automatically assume that you’re giving me a fake tax return. I’m going to assume that the IRS has not had time to process it. So there’s two things we can do there.

We can wait for the IRS to catch up and process it, or we can now go back and maybe look at your years before tax return . So you gave me your ’13 and ’14 tax returns. I just got notification back from the IRS that the 2014 tax returns have not been processed. So why don’t you give me your 2012 tax returns and I’ll use your 2012 and 2013 tax returns to qualify you. Well Robert, why didn’t you ask me for the 2012s up front? Why are you asking for them now at the last minute? I didn’t know I needed them up front. I didn’t know that you waited until the last minute to file your tax returns. Right.

So these situations do happen and people get frustrated because they think the deal is done. They think they’re ready to go. And then we come back and ask for more documentation. And it’s important to understand, as a homebuyer, that in most cases the request for additional documentation is triggered by something else you gave us. So the more documentation you can give us up front and the sooner we can find out what’s going on, the sooner we can figure things out, the less problems we’re going to have.

You give us a bank statement and all the sudden there’s a huge deposit on there. Right. You’re running along and you have $1,000 a month in your bank average. And then the day before the statement came out that you gave me there’s a $20,000 deposit. I’m going to have to ask you where that money came from. Because if you borrowed it, there’s a problem. We have to know about that. You can’t use it for your down payment. If someone else gave you that money because you’re going to buy that house for them and this is some kind of straw buyer scam, we have to know about that too.

Getting a Gift for Buying Your Home

Because, guess what, people have tried to cheat the system in the past. They went out and they borrowed $20,000 dollars, knew they couldn’t use that for their down payment. Then they tell us it’s a gift. Oh that’s a gift. A gift from who? A gift from Aunt Sally. OK. Well I need proof that Aunt Sally gave you a gift. Oh it was cash. OK. Well then just give me proof that Aunt Sally took the $20,000 cash out of her bank account. Oh Aunt Sally kept it in her mattress.

So there’s absolutely no paper trail at all that Aunt Sally gave you this money. We, at that point, have to assume that the money came from somewhere else. We borrowed that money off a credit card. You took out a loan from a loan shark. Whatever it is, this is what we deal with. And so I want everyone to understand the documentation phase. But on the flip side, for some people, it’s super easy. If you’ve been on the same job for a couple years and none of these gotchas pop up, then you can give me your documentation one time and I will never come back to you for the document.

So what we’re talking about here today is kind of that worst case scenario. Because my hope is everyone listening, picks up on one little thing and says, oh, I just got hit with child support, let me make sure I tell my lender about that. Well my down payments coming from my Aunt and she keeps her money in a safe, that may be a problem. Let me talk about that now. By knowing what these worst case scenarios are– because all mortgages are not this tough to document. It’s only the ones that have the gotcha that something goes wrong.

I’d say maybe 5% of our mortgages have this kind of excessive documentation. 95% of people, it’s clean. The two bank statements are perfect. Their names, right there. The bank names are right there. The account number’s right there. The average balance is there. The money’s been in their savings account for both months. It’s no problem. Their W-2 at a job. Their 40 hours a week. Their tax returns are a 1040, easy.

They’ve been filed with the IRS. Everything is perfect. You will have an easy time in the documentation stage. If you haven’t filed tax returns, you file all kind of crazy business returns, you have an income that varies all over the place, you have weird large deposits, where you move money from account, to account, to account, all this is going to cause problems during the documentation stage. So something to think about as you do look to buying a house.